April 25, 2019
THE movie of the year is without a doubt Avengers: Endgame. I mean, it's the final chapter of phase 1 of MCU (or 1 away from the final chapter, which as everyone knows, is the best part with all the fightings and all the happenings).

So we decided to go and watch it (of course!).

Since the movie is about 3 hours long, I wanted to buy the premiere version. Better seats. But much to my surprise, the premiere seats were all sold out. I mean, for a 10.45 AM show. I mean, come on people, don't you have to go to work? And not only that, but it was sold out for the next few days until the end of the month. For all of the showings in Premiere.

I mean, I knew this movie would be popular, but this popular? Uhm.. yeah, I didn't expect it. 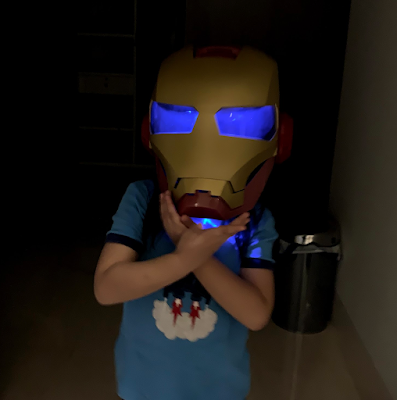 Anyway, we finally decided to just watch it on the regular screen. 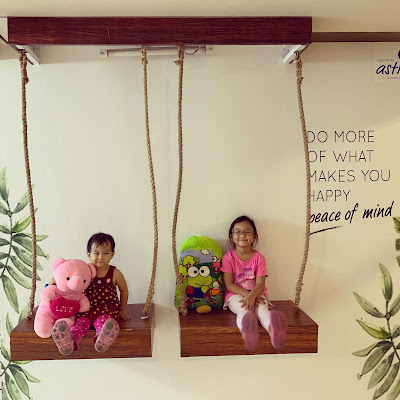 Waiting for the theater to open

Oh boy, it's a loooooongggga movie. Thankfully I knew about it beforehand, so I limit the kids' food and fluid intake. Even that, the kid needs washroom 5 minutes before the end credit. Thankfully she could hold it until the end credit rolls, and we were out of the door. 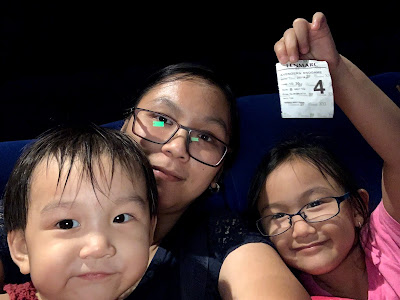 We're in. Start the movie!

All in all, quite a fun time with the kids. I thought the flow was a bit too slow in the middle, but I guess you need time to build up to the climax. But then again, it might be because I was in constant fear that my kids would need washroom, so I wished the story would just "get on with it" already.

May 21, 2009
The weekend of Mother's Day 2009 was definitely one (fun and) overbooked weekend. Planning for this weekend was started a couple months back, when we thought there were only the Youth Retreat to go to. We were part of the Youth Group for a long time, and even though we are past university age, we still would like to support their program. The place for the retreat was 3 hours away No problem, it was only from Friday afternoon to Sunday afternoon. Plenty of time to sleep off the tiredness, and be fresh for Monday morning works. So we signed up without second thoughts. Pemberton - our destination for Spring Fellowship 2009 Then my mom came and decided to stay until just after Mother's Day. Which meant that her flight was leaving on early hours of the Monday after. Which meant that we needed to get her to the airport around Sunday midnight. Okay, going to the Retreat would mean leaving my mom without us for the whole weekend. But then my mom encouraged us to go. Yuli wasn
1 comment
Read more

November 17, 2009
I found out that I had a stash of acrylic yarns left (in the storage), and so I was looking around for patterns/stuff I can use them for. I ended up finding Amigurumi , and of course the pattern I wanted uses the colors of yarns I did not already have. I ended up buying another stash of acrylic yarns in different colors. Thankfully, Zellers had it on sale. In any case, my first Amigurumi project was the Mario Bros Mushroom. I found out (too late), that I was doing the red part wrong. I crocheted from the back loop only, instead of from both loop. Hence, the "head" is taller than it's supposed to be. But since I didn't realize it until after the head was completed, I decided to leave it as it was. Mushy I gave this one to Chris, just because he wanted one. This became another addition to his "work buddies", as you can see below. Chris's "Work Buddies" But bad Chris! He made Mushy to be the bad guy (I think). Chris called this scene "
7 comments
Read more